We were coming back from Utah, from a camping trip, and we were in the northern part of Nevada, near the Ubehebe extinct volcano. All the hills around there were nothing but cinders, the only thing that grew on them were a few sage brushes and some desert plants, and they grew some distance apart.
We had stopped to take a break, and it was a warm day, and suddenly the dark clouds started coming over the mountains, and we thought it was going to rain, but instead of raining it turned very cold and snowed for about an hour, and it dropped, in that time, about 2-3 inches of snow. The dogs and we, of course, enjoyed it very much, it was a hot day. The snow melted on the cinders because they were hot, but on the plants they  stayed, and it created sorta three-dimensional polka-dots on the hills, when I got home I started to paint it.
I finished it in 1999, I think it was some time, years before that, that I had the idea, my ideas stay in my head for years sometimes. I had nightmares doing this, all day I painted these little white three-dimensional bubbles, and at night I painted them also, in my dreams, so day and night, it was really kind of weird. 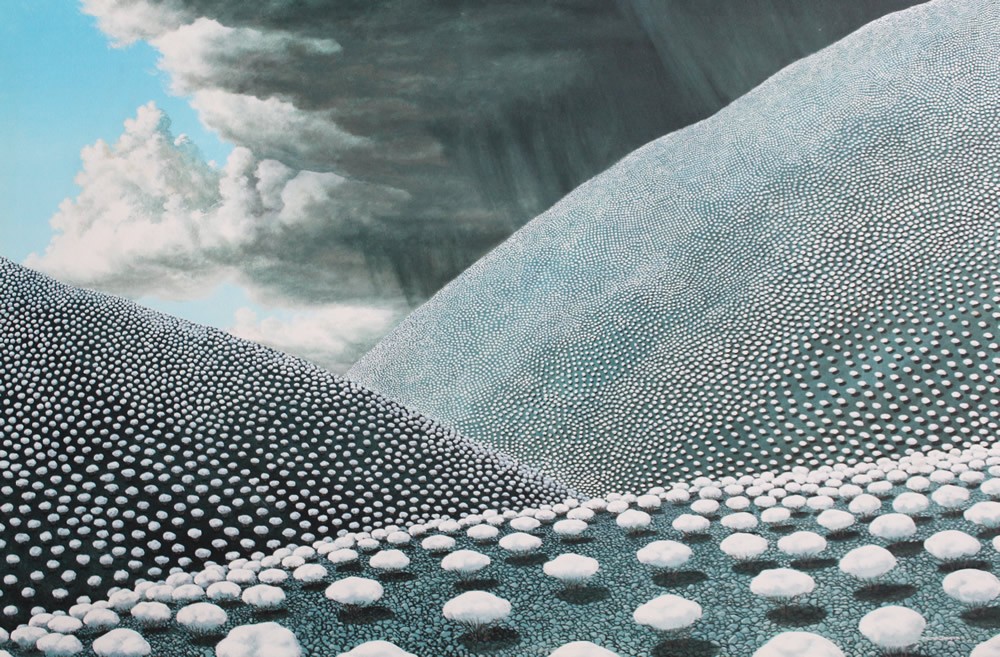