In 2009 six of my friends and I rented a houseboat at Lake Powell. And one day we decided to go see what all the fuss was about this rainbow bridge. Well, it was an astounding sight, we had to walk about a half a mile. There was a storm to the East, and there was a rainbow against the dark clouds. And when we were approaching it, it was above the arch, as we got closer the rainbow was beneath the arch, so I decided to paint both of them.
The distance between the bottoms of the arch is about three football fields and it’s about the same down to the ground (from the bottom of the arch). The only thing I did differently was to add the water, I raised it up to where it was before it dried up. It’s 48 x 36, oil on canvas, and it was a delightful reminder of a wonderful trip. The far side of the arch I put it a small boat, on the shore, to show the size relationship, but you have to look for it. And what looks like bushes are actually trees, to give you some idea of the size (perspective scope). 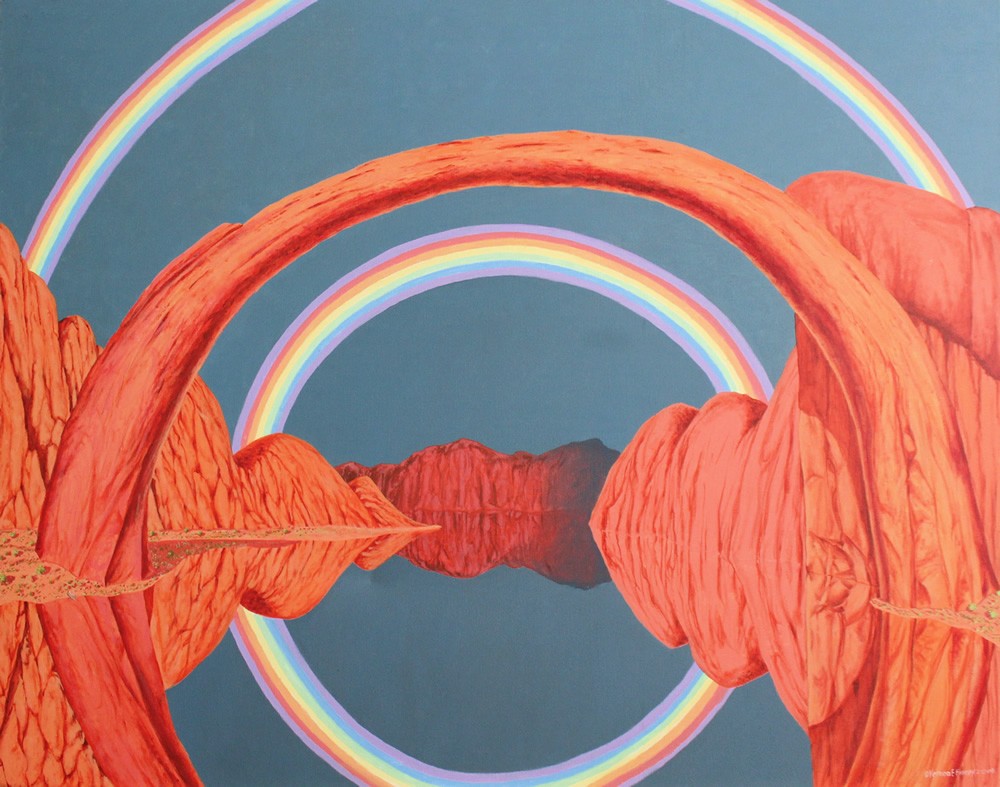